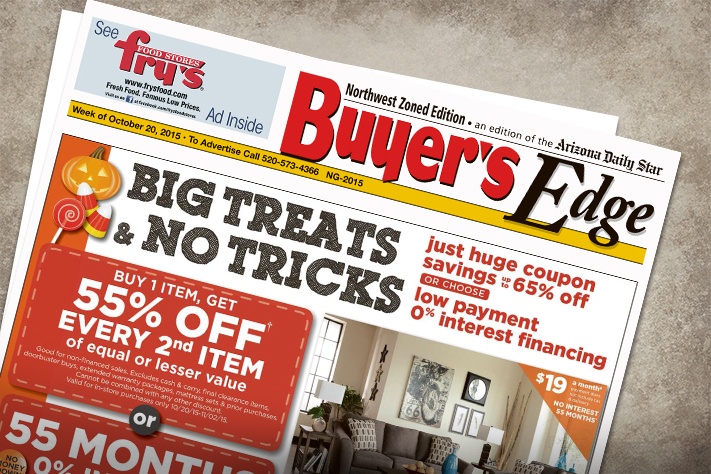 54% of Tucsonans get their coupons from ads in the mail or from the weekday Arizona Daily Star. With Buyer’s Deals you can reach consumers in both a mail product and newspaper delivered product.

Buyer’s Deals, a coupon feature of Buyer’s Edge, provides you with unprecedented reach of the Tucson area.  Buyer’s Deals is distributed within Buyer’s Edge 24 times throughout the year.

The Voice of Southern Arizona